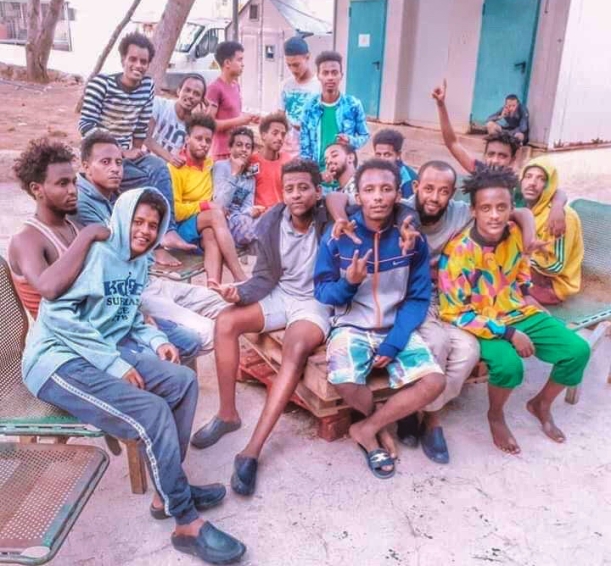 After his arrival from Libya to the Italian coast the first thing Adane asks for is a library. Adane is young and a migrant/refugee from Etiopia. He is a writer and he has had two books published in his homeland. Poems and short stories. And then Adane has one big passion: Philosophy.

A rescueship recently picked up him and 180 other refugees and migrants from the sea. Malta said no when the ship asked to go into the harbour. Italy agreed that the ship could land the many people on Lampedusa. From there they were taken to Sicily which brought Adane and the other rescued to a migrantcamp in a smaller village on Sicily.

-It was awful three days onboard the woddenboat in the icy cold Mediterranean, Adane writes. Suddenly the motor broke down, but luckily they succeeded in making it work again. When they spotted the rescue ship the 180 people on board the wooden boat was so relieved.

One morning in the beginning of November I get this message from Adane:

It is about two weeks since I have heard from Adane. At that time I understood he was in Tripoli waiting for his turn to cross the Mediterranean to Europe. Adane is just one out of many who have been stranded under awful and inhuman conditions in Libya. He has been there for one and a half year, locked up in several detentions centers and he has experienced how the Libyan police and human smugglers are insulting the refugees with rape, torture and even murder. Once in a while he writes and asks if I have any news from the sea.

A couple of days after his arrival to the camp on Sicily he is writing again.

-I can not stay here. It is far out in the country and this willage only have a small library and there are no books in English. Only in Italian. I am confused about everything.

We discuss his possibilities. I do not know much about the conditions for migrants in Italy. Adane starts learning Italian from an app on his telephone.

And then I do not hear from Adane for a while. Like with all my contacts in Libya I sometimes look at Messenger to see if they have been online – if they have they must be alive a fact you can never be sure of in Libya. One morning there is a new message from Adane:

I am now in France, he writes. I am just so happy. Now I can read all the big French philosophers and writers like Camus, Victor Hugo, Sartre, Rene Descartes, Roussos and all the big Russian writers.

Adane is also an electrician and first of all he hopes for asyleum in France and a job. At the moment he is staying in an African friends house in Grenoble, but the next day, he writes that now he is living in the street. He could not stay on a in this friends house, whom he just met on his way from the French-Italian border to Grenoble. A few hours later he write that now he has found a house for refugees, where he can stay. At least for some days.

-France is a good country. Even here in Grenoble there are four universities and big industries. I am sure I will succeed and reach my goal, he writes.

-It is just now I need some help. A safe place to sleep, something to eat, a bath and a place to wash my clothes. Soon I will be able to manage on my own and I will create my life in my own way.

I have more with Adane about his life in Libya and his dreams for the future, written by himself.

END_OF_DOCUMENT_TOKEN_TO_BE_REPLACED

Desperate messages on Messenger and WhatsApp.
-Help us. Help us. What will happen to us?
The messages are from one of Libya’s many overcrowded detention centres in Tripoli. A couple of month ago a friend of mine in Athen contacted me. She was very worried, because it had come to her knowledge that her brother was in a Libyan detentioncenter, and thet he was seriously ill. I got into contact with some of his inmates, who spoke English. Because of security I can not bring any names or pictures, but this is some of our conversation.
1400 people stopped into a large hangar. Only light they have seen for month is the artificial from neon tube in the hangars roof. Never any sun or a bit of fresh air.
-We are all sick. We lack the sun and air, one message says on my phone.
The food is poor and very little in the detentioncentre in Libya. There are days when they get nothing. On lucky days they get a bowl of beans for sharing between six men, in the morning maybe a loaf of bread. Drinking water is dirty. According to an article in the Irish Times, families have to send money for food for the intern, otherwise they will have nothing.

The few toilets and showers in the hangar are filthy. Toilets often stopped. Tuberculosis spreads rapidly in the overcrowded hangar, but there is no medical treatment.
-We cannot deal with that here in Libya, the doctor says according to my source. The very sick are moved to another room to die.
Pictures on my WhatsApp: A lot of people lie or sit in a big room. They have to sleep in shifts because of lack of space. Photos of such thin people that it evokes reminiscences of images from the concentration camps during the Second World War. Pictures of injured people. Large open wounds and filthy home-cooked dressings.
I am thinking of the kind of untreated inflammation that I once experienced during a journey far out in the bush in Africa. Inflammation so bad that you die.
There are pictures of stopped toilets and flooded showers. And a video of Libyan guards throwing tear gas into the hangar against the many people, who are unable to get away. I also hear the shots.
One day the fans in the ceiling do not work. Outside there are almost forty degrees.
You want to see how hot here is? On my phones video camera I see a lot of sweaty brown bodies.
Sometimes there are battles around the hangar. Libyan militias fighting against each other.
-It is fierce war here. We are afraid. Long break, then a new message.
-Constantly shooting and there are big tanks with petrol right next to our hangar. I receive pictures of bullet holes in the ceiling of the hangar.
And then they are moved. To a village far away out in the desert. The messages are fewer.
-We are in prison now, one of my sources tells me and the connection is interrupted.

FORGOTTEN IN THE DESERT

I am thinking how a lot of people just might be forgotten there out in the wilderness. It is EU policy. They can just quietly die out there in the desert of Libya. People who have fleed war and cruel dictaktors. Fleed prison and torture in their own country. They are not criminals. In Europe refugees from Eritrea get asyleum – if they manage to get to Europe. Now they can die in a prison in Libya.
Thousands has been sitting for many months in various prisons and detention centres in Libya. The hope of ever being evacuated out of the so-called failed state dies slowly. Therefore they cry for help. Do not forget us. We are human beings too. They shout out. Every day I can hear it. When the messages arrive.
It is all EU policy. To prevent refugees and migrants from setting out against Europe in rickety boats, we made an agreement with Libya. We pay lots of money to the deeply corrupt Libyan coast guard so that they hold back Africans. I think European officials have been in Libya to show them how to catch desperate Africans. Instead they are put in Libyan detention centres. Without the prospect of ever escaping. If they are not sold on a Libyan slave market as documented by the American tv station CNN, and as my sources in the detention centre fear most. They even know what the price of a slave like themselves are sold for on the slavemarket there.
Many of the financial migrants are returned to the country from which they came. But these who fled of political reasons, they can not just go back to their country. The Eritrean refugees are under protection of UNHCR. As evidence of UNHCR protection, I see images of paper patches with an UNHCR number quickly written with ballpoint pen.
Now you are a protected refugee. You are under our protection, the number says.
-But where are UNHCR? We never see them, a message says.

UNHCR’s work in Libya IS difficult.
One morning the Libyan guards leaves the hangar with 140 of the interned. They are put on a truck, and driven away. In the evening they are back in the hangar, a source write in a message.
A UNHCR staff working in Copenhagen tells me that it is almost impossible to evacuate people, even the most vulnerable, women and children. At the airport, the Libyans says that the plane will not depart today. Maybe tomorrow or the day after tomorrow.
Recently a 28-year-old man from Somalia committed suicide in one of the detention centers. He had just been told by UNHCR, that he had very few chances to be evacuated to a safe country, The Irish Times newspaper writes on the 25. October.
On the 17th October the UNHCR send a Tweet saying that 135 particularly vulnerable refugees were evacuated from one of Libya detention centres to a camp in Niger. The evacuees had spent many months in Libya’s Detention centres and was on arrival in Niger malnourished and sick.
Yesterday UNHCR in Libya send a Tweet saying that the Libyan coast guard had rescued 100 refugees and migrants of different nationalities from the Mediterranean Sea.
UNHCR was in place with food, water, dry clothes and medical care, the Tweet said. And the people were brought to one of the detentionscenters in Tripoli.
When will they get out again? Will they ever get out? The political situation does not seem to change – neither in Europe nor in Libya.
On the contrary, we are working in Europe and in Denmark for more numbers of such camps. 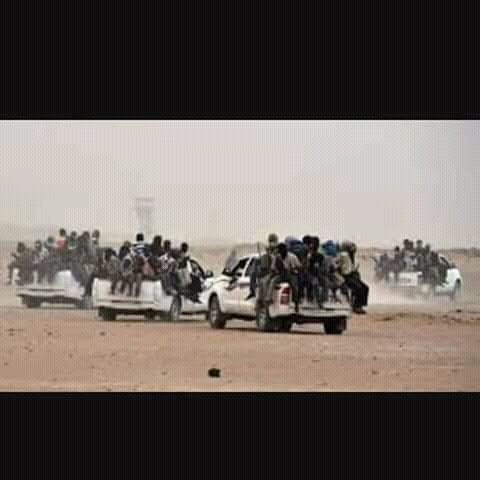